NPM Co-Directors are thrilled to have appointed two outstanding researchers Associate Professor Melinda Webber and Dr Ocean Mercier as new Joint Editors of MAI Journal and thank the outgoing editors for their critical leadership in building the journal into the renown and highly esteemed journal that it is today.

Outgoing joint editors Professor Helen Moewaka Barnes alongside Dr Maria Bargh (who resigned from the position earlier this year) and acting editor this year Professor Tim McCreanor, have been central figures in the growth and development of MAI Journal.

Outgoing joint editor Professor Moewaka Barnes is confident that MAI Journal will continue to flourish under new leadership stating “It has been a privilege to work as a joint editor.  The excellent editorial support and broad contributions from Māori and Pacific scholars has seen the journal move from strength to strength with commentaries, papers, special issues and reviews demonstrating the breadth and depth  of engagement. I know we are leaving the journal in extremely capable hands with the appointment of two new editors and look forward to further exciting reading.”

After 18 months on the MAI Journal Editorial Board, incoming editor, Associate Professor Melinda Webber is looking forward to her new role as Joint Editor. “I am excited to take on this new role alongside Ocean. I have enjoyed my time as an editorial board member critically reviewing manuscripts that speak to Indigenous experience. I see MAI as an important resource for academics and postgraduate students who are interested in Indigenous research from a wide range of disciplines.”

Dr Ocean Mercier, who has been an active Editorial Board Member for MAI Journal since the beginning in 2012 says “I’m delighted to take up the role of co-editor alongside Melinda. An outlet with mana, MAI Journal has been the go-to for my own research for many years. It is a huge privilege to be at the helm of such a great vehicle for high-quality Māori research.”

Dr Ocean Ripeka Mercier (Ngāti Porou) is a Senior Lecturer at Te Kawa a Māui / the School of Māori Studies at Victoria University of Wellington, New Zealand. While her PhD is in physics, her current focus is in exploring and charting the intersections between science and mātauranga Māori, primarily through education and technology. Her teaching and research interests include place-based learning with digital mapping, perceptions of novel biotechnological controls of wasps, Indigenous knowledge(s) and science in global contexts, kaupapa Māori film and the 48-Hour Film competition.

Associate Professor Melinda Webber (Ngāti Whakaue, Ngāti Hau, Ngāti Hine hoki ko Ngāti Kahu) is an Associate Professor and Research Director of The Starpath Project in the Faculty of Education at the University of Auckland, New Zealand. She is a former Fulbright/Ngā Pae o te Māramatanga Indigenous Scholar who has published widely on the nature of ethnic identity development and iwi distinctiveness, examining the ways race, ethnicity, culture and identity impact the lives of young people, particularly Māori students . In 2016, Melinda was awarded a Marsden Fast-Start grant to undertake a research project examining the distinctive identity traits of Ngāpuhi, her mother’s people. 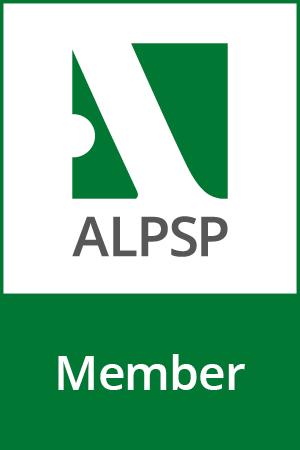